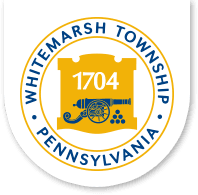 Open Space Plan
The Open Space Plan sets in place the strategies to achieve the goal to protect and preserve the remaining undeveloped land, while directing higher-density development to locations where it will have the least impact. In addition, the plan calls for the creation of a comprehensive network of trails and greenways to improve pedestrian, and, where appropriate, bicycle access to parks, recreation areas, shopping districts, and riparian corridors both within and beyond the township.

The Whitemarsh Township Open Space Committee, including representative members from the Board of Supervisors, Planning Commission, Environmental Advisory Board, Shade Tree Commission, Parks and Recreation Board and the Historical Architectural Review Board began to prepare the Open Space Plan in August 2003. Montgomery County Open Space Board final approval was granted on November 28, 2006 by Resolution 2006-67 and following a Public Hearing, the Whitemarsh Township Board of Supervisors adopted the plan at their regularly scheduled public meeting on December 21, 2006 by Resolution 2006-60.

Amendments to the Open Space Plan